My psychiatrist made me promise that before I'd do anything to hurt myself, I'd go the ER and tell them I'm suicidal.  Actually, at Wheaton Franciscan ER they'd probably unintentionally help me along.

What would happen is that they would "chapter" me.  Chapter refers to some chapter of a health or penal code or something.  It's like a mini commitment. The cops come and they take you to the nut ward where you can be held for up to three days against your will.  During that time, a judge is supposed to look at your case and decide what further actions, if any, are necessary.

Btw, the nut ward is this one: http://www.jtirregulars.com/2015/10/wheaton-franciscan-mental-health-unit.html  You don't get well there; you get the hell out as soon as possible.

I don't know what they do with suicidal patients.  Probably drug the hell out of them.  I base that on the behavior of a guy I knew in AA who tried to kill himself.  He was already seeing a psychiatrist and on psych meds.  He didn't talk much, but when he did, it was always spot on and he'd have a little smile at the end.  When I saw him after the nut ward, he was the walking dead.  Totally zombied-out on heavy duty psych drugs. So, yeah, he wasn't trying to kill himself anymore, but I don't think he could do much of anything in that state.  It's like he'd have to be told when to sit down and when to stand up.

There's no fucking way I want to end up like that.  The lesson I take from this is to be sure you kill yourself.  During those times that I've felt the closest to killing myself, going to the ER is the last thing on my mind.  I just want it all to be over, now.  I don't want to be a part of it anymore.

After I sobered up, I was happiest in the landscape.  I loved to work planting trees, pruning shrubs, spreading mulch, etc.  Then my mother broke her hip and I took on the daily duties of her care.  No more landscape for me.  For years, I saw her daily, sometimes twice a day, took her to medical appointments, did her shopping and laundry, and, eventually, some meal prep.  I was filled with resentment that I was doing this rather than landscape work.  Slowly, surely, it twisted me until I broke.

As any child of an alcoholic will tell you, there are times when you, the child, must be the "parent" to your drunk parent.  I did that for two decades growing up, always on alert for problems.  Then, in my adult life, I end up babysitting the same woman again.  She wanted us to live together, but that would have resulted in God-knows-what.  I ended up with cataclysmic stomach problems because of my mental problems.  I felt that the only reason my mother had me was to cover her ass while drunk and/or old.  I was totally demoralized.  After my mother passed away, I looked back to see huge chunks of my life that were missing, taken by her.  When I looked ahead, it was bleak.

While "normal" people built their lives over the years, I chugged booze.  I accept responsibility for that.  No one poured it down my throat.  At the age of 42, I finally took alcohol recovery and AA seriously.  I sobered up and slowly started to build a life. I'm a "low bottom" alcoholic, so it took some time.  Later, that was "taken" from me by my mother's broken hip.

By the time the smoke cleared, everyone was dead except for me.  I wish I had gone, too.

Two things keep me from killing myself today: my cat and my life insurance policy.  I couldn't bear to see Charlie go unless it was to a very loving home.

The other thing that keeps me from offing myself is my life insurance policy.  Over two decades ago, after I sobered up, I did the "responsible thing" and got life insurance.  It paid out $5000, unless there was a suicide in the first year.  20-year term.  Last year, the insurance company reminded me that the term of my policy would expire in a year.  They then offered a $10,000, 20-year term policy for one dollar more per monthly premiums.  I took it.

I don't know anything about the insurance business, but I assumed they'd attach a rider to the original policy to make it worth $10,000. Which they did,  however, they then wrote a whole new policy when the first policy expired.  The policy has two stipulations: the policy won't pay if there is suicide or an "accident" in the first two years.  Wtf.

So, I have to survive till November of next year for the policy to pay out if I kill myself.  I think maybe after the elections and holiday season would be a good time.  Those searingly cold days with 6 hours of sunlight.  Then, that would be a good time.
Posted by OrbsCorbs at 11:14 PM

Email ThisBlogThis!Share to TwitterShare to FacebookShare to Pinterest
Labels: JM 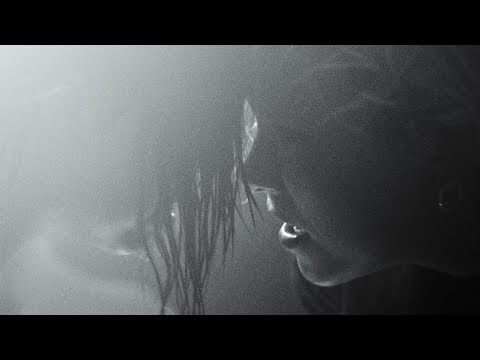