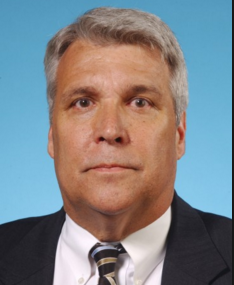 Can the power of a single blog 300 miles away sway a general election?
We think so!
Consider this, we have been blogging about the corrupt Michael Nieskes for almost five years and he has yet to challenge our writings.
We subpoenaed him into court numerous times to impeach his testimony, only to have this coward never utter a word in court about his abuse of power or discuss the filing of his false affidavit into court records.

So why do we write about Nieskes again?

It has been brought to the attention of RCC by fine people in St. Croix County that the infamous former Racine County District Attorney Michael Nieskes is again running for public office, but this time 300 hundred miles away in you guessed it, St. Croix County.
Yes, this is the same Michael Nieskes that was run out of town by the voters of Racine County for his errors, acts, omissions, abuse of power and the filing of a false affidavit into court records.

Yes this is the same corrupt Michael Nieskes that under the watchful eye of Judge Ptacek committed many of his offenses and then BEAT IT to Hudson Wi.

You may read more about Michael Nieskes BEATING IT here:
http://racinecountycorruption.blogspot.com/2015/12/what-do-both-michael-nieskes-and.html

So acting out of the graces of Pro bono politico and Pro bono publico spirit, we will enlighten the St. Croix residents of the past award bestowed upon Michael Nieskes.

Michael Nieskes was the first recipient of “Today’s D.A.”
“Dirty Rat Award”   You may read about it here: http://nationaldistrictattorneywallofshame.blogspot.com/ 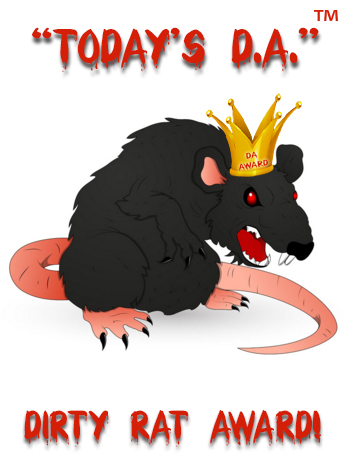 Despite the filing of a 100 plus page criminal complaint to the Wis. Attorney General’s office, Nieskes was named Judge in 2011 by Governor Scott Walker.  The voting public kicked him out of office 4 months later in the general elections.  Over 1,700 plus Republicans agreed to remove Nieskes and voted to remove the corrupt ass out of office.

In court testimony, Mike Nieskes's ADA acknowledged the tampering of court records, but did not provide the identity of the government perpetrator of the crimes. You can guess who it was!

As you read the online entries, you will notice the case was dismissed with prejudice, as the succeeding District Attorney requested the court to do so.

YOU READ IT RIGHT, THE SUCCEEDING D.A. REQUESTED THE COURT TO DISMISS THE CASE WITH PREJUDICE !

Nieskes is such a low life and was so obsessed by this case, he put at risk the law license of one of his subordinate ADA’s.

The above case illuminated Michael Nieskes as a corrupt, dirty, manipulative prosecutor who abused his power.

St. Croix residents, hear what your friends are telling you from 300 miles away, tell Michael Nieskes to:
BEAT IT