Being mentally ill is neither fun nor funny.  I make fun of my mental illness as a defense mechanism against it.  But nothing really stops it.  I will do and say things that are harmful to my interests, repeatedly.  It’s like watching someone else do it.  It so reminds me of my alcoholism.  “Powerless.”  Unfortunately, I can’t just stop doing something (like drinking) to improve my lot.

My work with various people in the mental health business has been spotty, with my last psychiatrist being a standout exception that I loved.  So, of course, she is “taken” from me.  (She retired.)  When I was a child, my mother would get drunk and give my toys to other children.  It was merciless, and it cut very deep.  People and things have been taken from me ever since.

I was doing well in the landscape business.  By “well,” I mean therapeutic.  Then my mother fell and broke her hip, and my life changed forever.  My sister wanted to put mother in a “home,” but I wasn’t comfortable with that.  So I volunteered to take care of her.  In the beginning, I was there three or four times a day.  I still mowed a couple of small lawns until mom’s house was sold.  She rented.  Her garage was where I stored all of my equipment.  I had to get rid of it quick and that was the end of my landscaping “career.”

I visited mom every day in her new digs at Lincoln Villas North.  It began to twist and turn me.  I gave up what I loved to care for a woman who was far from a good parent to me.  I started to take it out on her.  In the later years, my sister helped out with the care of mom as her husband had died.

It was good, but it was too late for me.  My equipment was gone and, most importantly, I had lost all muscle tone over the course of ten years.  When you’re in your 40’s and 50’s it’s hard to stay in shape.  I would start walking 2, 2-1/2 mile walks in February and continue on until the season arrived.  There’s no way to get that decade back and I’ll admit to being bitter about it.  I kept the U.S. government from having to pay for her in a nursing home.  What did I get?  Zero.

Since she died, I’ve been trying to find some peace in my heart over this.  I did what I did willingly.  She could’ve been easily sent off to a home.  I think I wanted to prove I was better than her.  It cost me some good years and proved nothing.

I started having major stomach problems and the gastroenterologist checked me from top to bottom.  His diagnosis?  Depression.  He said there was no organic cause for my bouts of puking and shitting.  I lost over 30 pounds and a couple of years.  I wasn’t seeing a shrink at the time, so that’s when I hooked up with Nancy, my last shrink.  Eventually, we overcame my stomach problems.

What kind of character flaw or brain damage can make you sick for two years and take 30 lbs. from you?  What kind of diseased mind ignores a urinary tract infection for two years, despite numerous warnings from my physician, until it backs up into the kidneys and takes them down?  I now have chronic kidney disease and if I live long enough, I’ll be on dialysis. Jesus Christ, I have scotomas in my central range of vision in both eyes because of my drinking.  That still wasn’t enough to make me stop.

I’ve been told that I “hide behind my mental illness.”  I’m not sure how to respond to that except to say that that’s for others to decide, not myself.

I damaged myself (and others) again.  What do I do about this?  How do I stop hurting myself (and others)?  I have tried and tried, and I still fall back into the same groove.  I’ve considered cutting myself.  That’s still not off the table.  More likely, further retreat back into me.  The less contact I have with the outside world, the less chance I have of hurting someone. 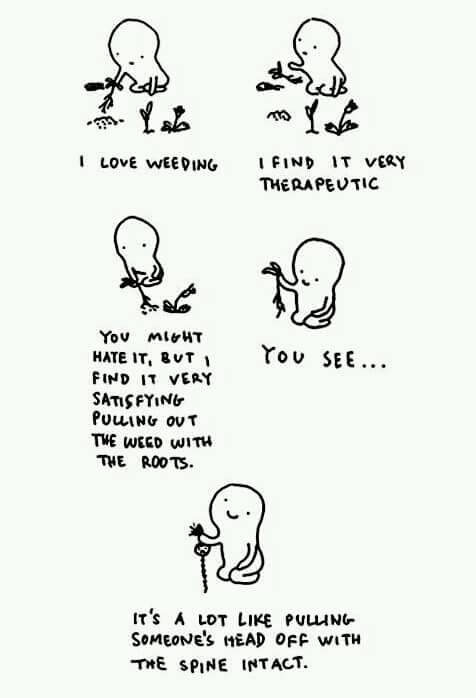 Posted by OrbsCorbs at 2:22 AM

Email ThisBlogThis!Share to TwitterShare to FacebookShare to Pinterest
Labels: JM